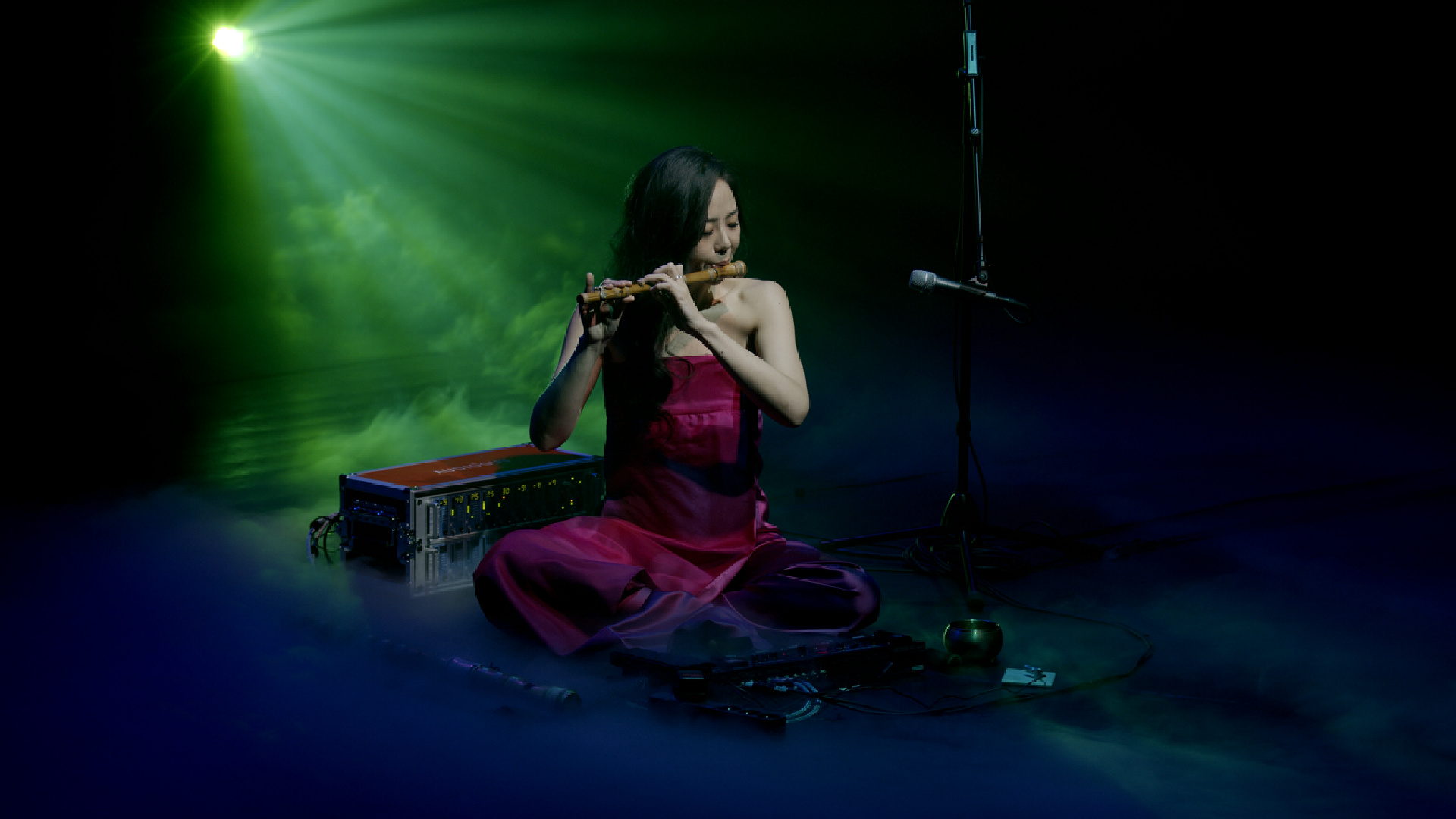 Come and enjoy an ambient night at New Grounds on the 7th of April. With music from around the world: from a modern music rooted in traditional Korean instrumental performance to a Fulani vocalist in combination with a kora master from Senegal.

Active both at home and abroad, in 2019 she was selected as a fellow for the OMI Music program in New York, collaborating with various genres of musicians from different countries. Subsequently, she held a solo concert showcasing her compositions, marking a key milestone in her path to becoming a fully-fledged composer. She has also represented Korea at the ASEAN-KOREA International Flute Festival. Slowly but surely she is winning hearts in the Netherlands too. This year Dasom Beak also plays at the international festival for adventurious music ‘Rewire’ in The Hague.

She was selected to play at the 2020 APaMM showcase, organized by the Ulsan Cultural Foundation, and at the Jazzkorea Festival 2020, organized by the Korean Cultural Centre in Germany. In August of the same year she released her debut album, titled <무(無): Nothingness. In 2021 she was selected as a showcase artist at SXSW Festival and also had a solo concert at the National Gugak Center in Seoul. She is currently working on her second album, entitled ‘Mirror City’, incorporating more electronic elements to complement her traditional sounds.

DJ-host
The DJ host of the evening is no one else but the Rotterdam based producer, dj and multi-instrumentalist Kems Kriol. He just released his Equanimity EP (Nous’klaer). Clone: “Beautiful downtempo excursions touching on Cape Verdean and Colombian styles with a contemporary electronic approach”. Kems describes his music as: “Gathering essential audio elements to achieve and project unity within the urban context”.