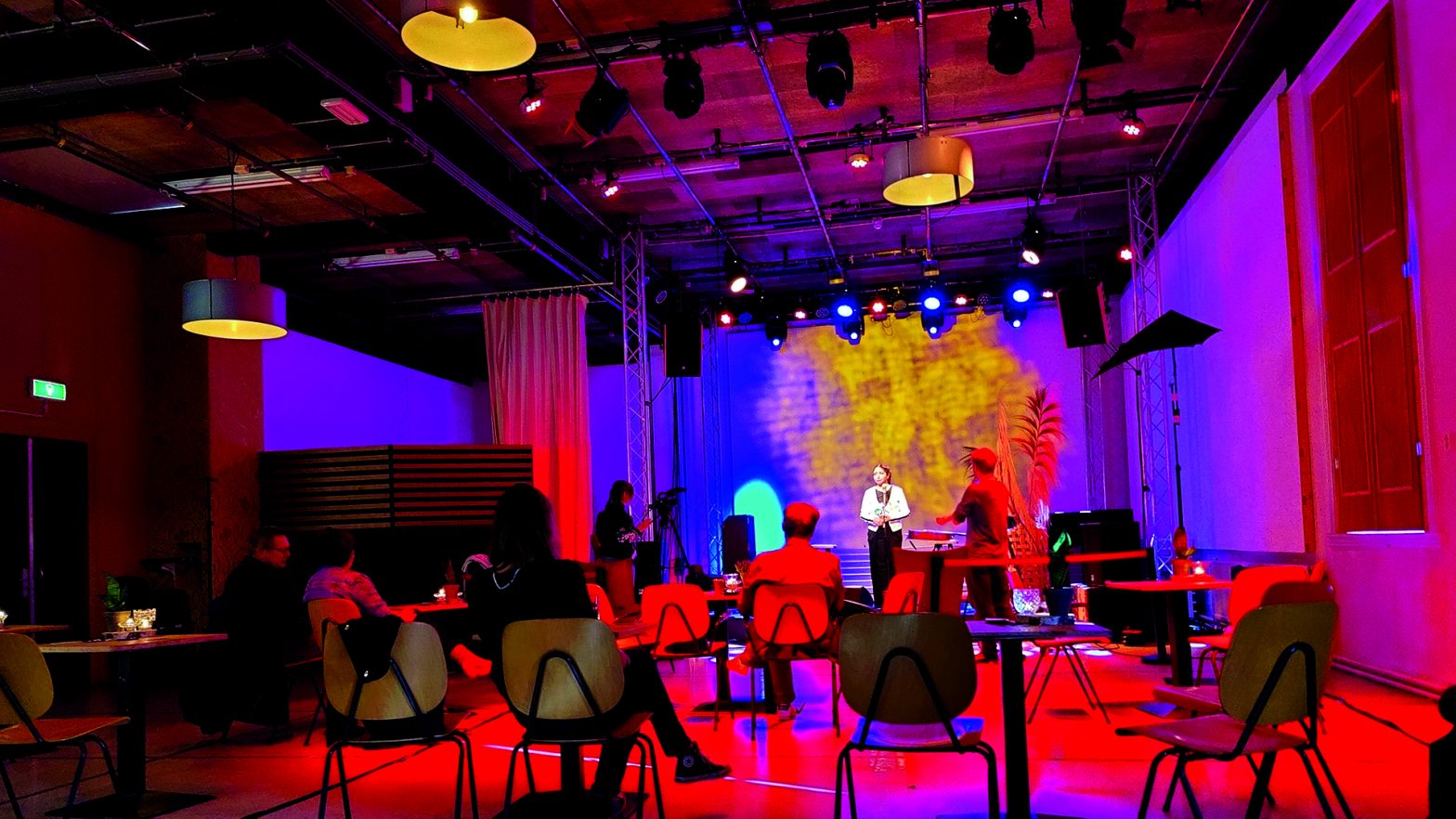 OPEN sessies is back

OPEN sessies returns in New Grounds; this time a summer edition! OPEN sessies is a tv production in collaboration with OPEN Rotterdam and Popunie, where local artists are given the opportunity to make themselves known and seen by Rotterdam.. Click here to see previous sessions!

This Thursday the recording of the summer edition will take place with four artists. Get to know them below.

Duygu Alkan is a Turkish singer based in the Netherlands. Duygu has continuously performed in venues across Europe and the Middle East during her musical career. She has released an album in 2021 ‘My Garden’s Perennials’ and 2022 May ‘Serenad’ in collaboration with the well-known Turkish master musicians Derya Turkan, Cenk Erdoğan, and Coskun Karademir with the support of Sena Dutch performers house.

Kems Kriol is a Rotterdam-based DJ, producer and multi-instrumentalist. His music is described as Cape Verdean and Colombian styles with a contemporary electronic approach. The artist’s intimate experiences inspire the live performance and musical direction in finding spiritual identity, fatherhood and intergenerational heritage from the austere urban plains of the Netherlands.

With as big inspirations as Chris Brown and Michael Jackson, Dirikteur (or ROI) brings happy R&B/pop vibes to the stage with their solo act. A real storyteller who, when you close your eyes, will take you to their own world. The bpm and energy will go up a lot during the show, and before you know it they are tearing up the stage!

Josimar Gomes is a songwriter, singer, rapper & MC who mixes different styles of soul, hip-hop and R&B from which he makes his own sound. Last year he dropped a few singles like ‘Her Tone’ up until the activistic ‘The Black Experience’. In April 2022 he released the song ‘Head On’ with Noa Lauryn, paired with a work of art for a video clip.

The new season of OPEN Sessies: New Grounds will start on the 2nd of July and will be broadcasted every Saturday.