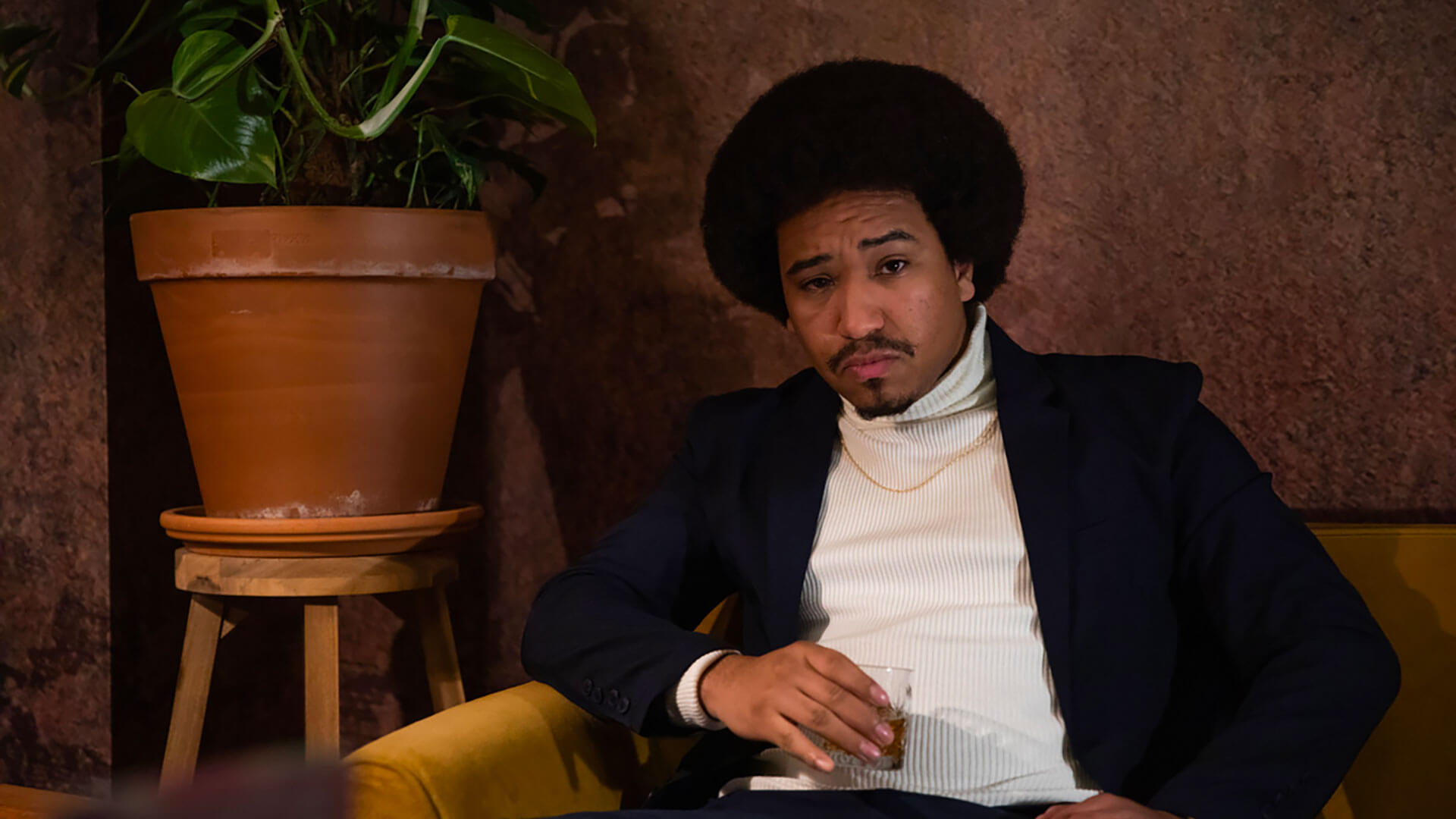 Party with Ruwhel on Saturday, February 26 in New Grounds. During this evening he will play songs from his album ‘Rotterdam Blues’. So, all feet on the floor: we’re going to dance!

Ruwhel Emers is a Rotterdam-based rapper, songwriter and host.
Ruwhel was born on Bonaire in 1993 and found in the combination of hip hop, blues, jazz and various Caribbean sounds a very own basis to tell his story. The style he developed for this he called, just like his album released at the end of 2021, ‘Rotterdam Blues’.

Especially live, he really knows how to bring his sincere and personal story to life. Ruwhel stands for energetic, emotional and sincere storytelling in a swinging way. Together with his own Bigi Blues Band, he succeeds in telling even the less easy stories and make people to his music.

For the Rotterdam Blues chapter, Ruwhel told his life story in his first solo album and theater show ‘Sins of a Child’ in 2019. Before that, he was mainly at many festivals (including WOO HAH!, Mainstage Zomercarnaval, Get Loose and CrazySexyCool) with the hip hop / trap formation Watwatis.